Recognized by law enforcement leaders across the State of Missouri for his leadership in community safety, Greg Mills has a history of working collaboratively with others in an effort to create a community free of sexual violence. 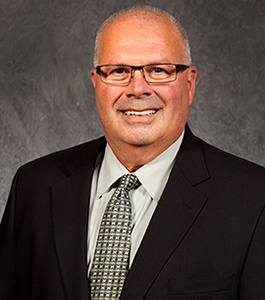 Greg Mills has served in three major roles in Riverside, Missouri, a suburb of Kansas City, including Chief of Police, Director of Public Safety, and most recently as City Administrator. Prior to this, he spent nearly 30 years with the Kansas City, Missouri Police Department, where he began a career-long relationship with the Metropolitan Organization to Counter Sexual Assault (MOCSA), Kansas City’s Rape Crisis Center.

Mr. Mills partnered with MOCSA to bring their Project Aware Programming, which educates youth and their parents about the nuances of child sexual abuse, to the Police Athletic League – also newly formed by Mr. Mills.

Mr. Mills led the way in his own community by declaring Riverside Police Department a Start by Believing Department, and by tying teal ribbons to patrol cars. According to MOCSA CEO Julie Donelon, “As a leader in the law enforcement community, Chief Mills got MOCSA on the agenda of a key meeting of the Metropolitan Chiefs and Sheriffs Association. Without his effective introduction, we may never have forged ahead at such a rapid pace nor gained the public relations momentum we did.”